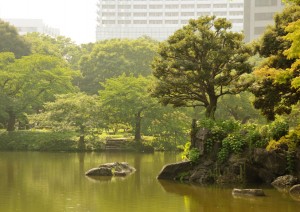 Summer in Tokyo: The summer Solstice

The Summer Solstice falls on 21 June. This day is called Geshi in Japanese. This is the day of the year that has the longest period of daylight and the shortest night. However, due to typical rainy season cloud cover, it is very rare to actually see the sun on this day in Tokyo.

In Japan, the rainy season is called Tsuyu. It generally starts in June and lasts until mid-July. The rainy season in Tokyo is hot, humid, and horrid. We will have day after day of plus 90 degree weather, with humidity to match.

What Summer in Tokyo did for me last year

Looking on the bright side, last year I lost five pounds due to my daily stroll through Tokyo’s outdoor steam bath. This year, with the new power conservation policies in place (no A/C on the subways, many escalators turned off, higher temperature settings in the office), I expect to hit the ten pound mark. 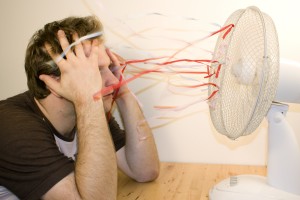 Speaking of higher temperatures in the office, the new regime is calling for “Super Cool Biz”. Last year it was “Cool Biz”, where energy conservation called for slightly higher settings in office Air Conditioners. With the recent Fukushima reactor problems and resulting energy shortage, this year even higher settings are being called for, thus “Super Cool Biz”. The new minimum settings are a balmy 28 degrees Celsius (82 degrees Fahrenheit). Employees are encouraged to dress down, bring fans, and schedule vacations during the hottest parts of summer. Some companies have re-arranged work schedules to start earlier.

I almost feel guilty that my job requires working in a computer server room where the temperature must be chilled to 72 degrees Fahrenheit (22 degrees Celsius).

Although Summer in Tokyo is a bit hotter this year because of the people's attempt to save energy, I would still love to spend my summer here than anywhere else in the world.